Montana is home to eight species of voles. Luckily, four of them rarely cause harm to residents or their property. Unfortunately, the same cannot be said for Montana’s remaining vole species, the Long-tailed vole, Meadow vole, Montane vole, and Prairie vole. Our experts are sharing their experience with vole control and prevention in Bozeman.

These voles are comfortable occupying habitats that have been disturbed and modified by humans, including orchards, farms, and even your Bozeman, Montana, backyard. Though you may never see a vole, their damage is hard to miss. And, while ongoing and effective vole lawn control may take some effort, it’s well worth it to ensure voles steer clear of your lawn and garden. 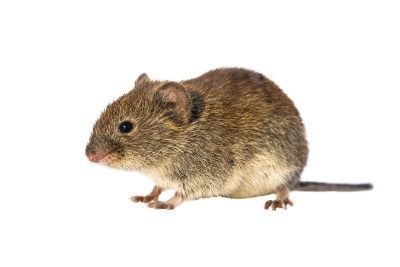 What Is A Vole?

Sometimes referred to as field mice or meadow mice, voles are small mammals that reach a mature length of 5-10 inches. Voles are a quick-maturing, short-lived species, with most completing their life cycle in 12-18 months.

Don’t let their short lifespans fool you–voles do a lot of damage in their short lives. Voles have a long mating season, a short gestation period, and produce litters of between 3-8 young. In a matter of months, two voles can quickly multiply from minor annoyance into a major problem.

What Do Voles Eat? (Hint: Your Garden Plants!)

While some voles are happy to stay far away from residential areas, others seize the opportunity to feast on the ready source of vegetation in residential lawns and gardens.

Voles are vegetarians, and will feed on seeds, crops, and other vegetation. Voles will eat grass, tubers, fruit and vegetable crops, tree and shrub bark, seedlings, groundcovers, and the roots of annual and perennial plants.

Since they are active year-round, vole lawn damage can occur at any time, though you may not see it until early spring after snow has melted.

Vole damage is easiest to spot during spring and summer, as vole holes appear in unlittered grass and evidence of nibbled seedlings or plant death from root damage are immediately observed. Voles can do some of their worst damage during winter while hidden beneath the cover of snow, rendering them and the havoc they’re wreaking invisible to homeowners.

This “invisible damage” can begin in late summer or early fall, when leaf litter provides cover for voles above the surface. While hidden from sight of humans and predators, voles feed on grass, roots, groundcovers, bark, and other vegetation until they’re identified and eliminated.

How To Identify A Vole

When you suspect a vole is in your yard, you can look for several identifying features to confirm or deny your suspicions. Though vole lawn damage can look similar to that caused by mice and moles, there are some calling cards specific to voles.
Mole, vole, or mouse?

In Montana, it‘s easy to tell the difference between a mole and vole hole: there are no species of mole known to live in Montana. If you’ve narrowed the culprit down to mole or vole, the answer is: vole.

Voles are active both above ground and below, so you may be able to catch the culprit in the act and identify it. Though mature voles’ size and color varies by species, they are generally 5-10 inches long with round, stocky bodies and fur that is grey, brown, or black.

Though voles resemble mice, a few key features differentiate them: 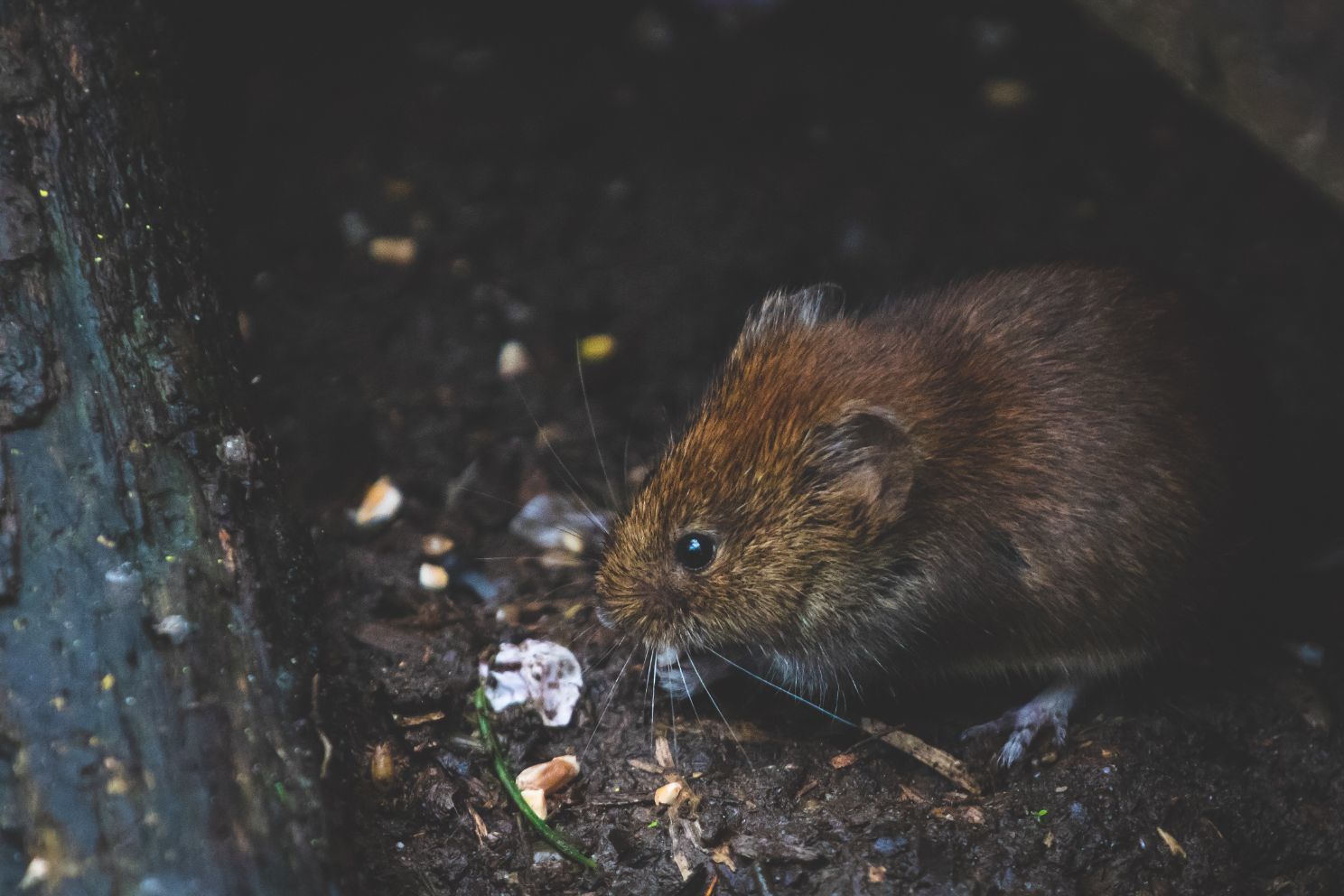 Eliminating voles from your yard is no small task, so even if you don’t see signs of damage in your yard, it’s worth your time to learn how to prevent voles.

How to prevent voles:

Get rid of voles in your lawn:

If you already have vole lawn damage, you’ll need to first eliminate the voles and then take ongoing vole control and prevention measures. As always, before you take steps to kill or remove an animal from your property, you should check with state and local officials for any recommendations or restrictions.

Though bait and poison are effective at eradicating many omnivorous rodents, their results are suboptimal against herbivorous voles. Trapping is the more effective approach to remove voles in your yard.

Most mouse traps will also catch voles. Basic snap traps are an inexpensive way to trap one or two voles, but you may need to invest in a trap capable of catching several voles at once for larger colonies.

Catch-and-release traps are also common in residential vole control, and allow you to reuse the same trap as many times as needed to clear an infestation.

Whether you’re looking to repair vole lawn damage or learn how to prevent voles from moving in, your local experts at Owenhouse Ace Hardware in Bozeman are here to help. We stock a variety of lawn and garden products to help you get rid of voles in your lawn, repair vole damage, and prevent voles from returning. Call or stop by today!